New technologies bring us lots of tools for optimizing development processes. This time, at TechMagic TechTalk, the iOS Ninja Eugene Goloboyar told us about benefits and specifics of using OS X Server as CI for iOS. Continuous integration (CI) is the practice, in software engineering, of merging all developer working

New technologies bring us lots of tools for optimizing development processes. This time, at TechMagic TechTalk, the iOS Ninja Eugene Goloboyar told us about benefits and specifics of using OS X Server as CI for iOS.

Continuous integration (CI) is the practice, in software engineering, of merging all developer working copies to a shared mainline several times a day.

How it looks in practice: 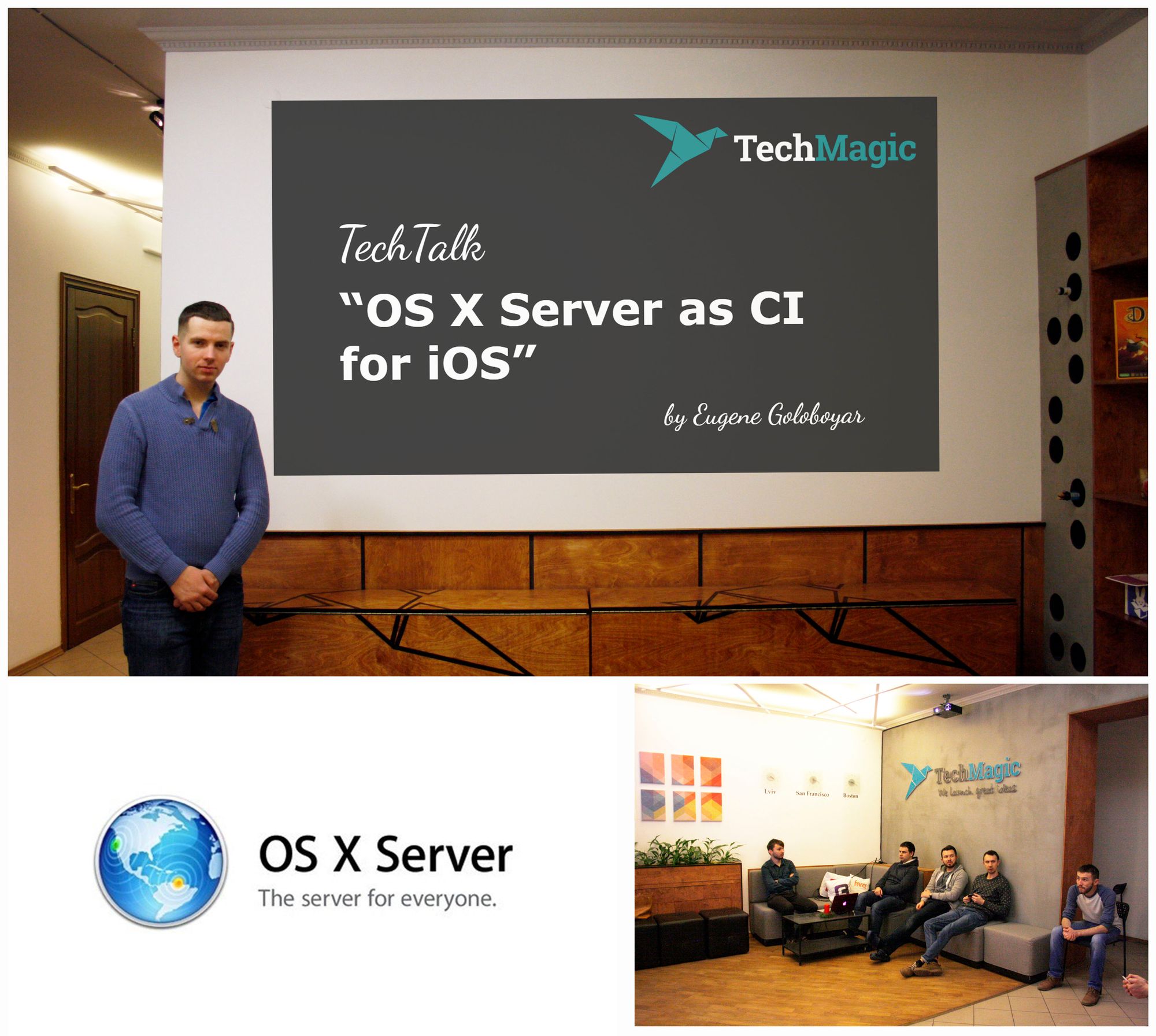 Usage OS X Server is very beneficial in iOS development, unless you can use it only on Mac:

Check out more information about using OS X Server as CI for iOS in the Eugene’s presentation here.

Firebase is a Backend-as-a-Service — BaaS — that s